After more than 25 years in the mortgage industry, First Home Mortgage has decided to update our brand. We are very excited to release our new look across all channels and throughout all of our branches. First Home has embraced the statement “We Put People First” speaking to the reason behind our business – prioritizing the customers, partners and employees who encompass First Home Mortgage Corporation.

As a company, First Home is consistently trying to improve the mortgage experience for clients and colleagues. Our new image reflects our efforts to modernize while still staying true to our fundamental business practices: home financing on a personal level. Whether you are buying a home or looking to refinance, First Home will continue to serve borrowers with the efficiency and professionalism which have built our success.

Through this rebranding strategy we are hoping to improve our platform, which includes a more optimized website that is easier to access and navigate. As we continue to move in this new direction, our hope is to steadily reveal more resources that will heighten our customer service level.

Feel free to contact us and continue following our blog so that you can discover our new initiatives. 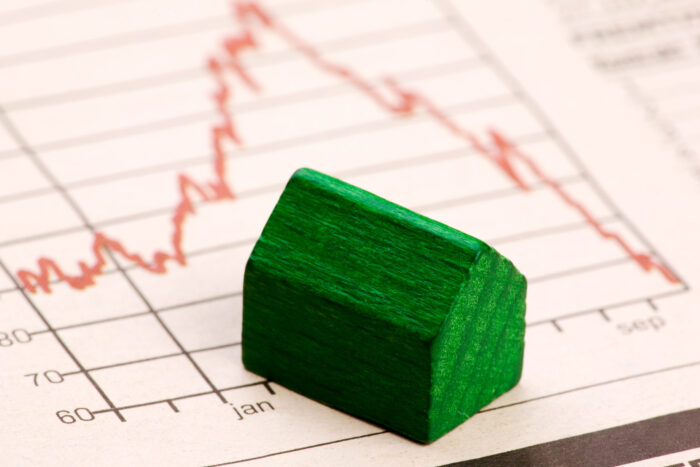 In the past couple weeks, there have been some international events driving interest rates down. Well what really drives mortgage rates? The old story from George Bailey in “It’s a Wonderful Life” is still true, for those that need a reminder there is a run on the Bank, and George explains that the money is in lent out to build the neighborhood.

Unfortunately, what happened in It’s A Wonderful Life happened many times in American history, and rarely had a positive outcome. The problem was one of liquidity. Liquidity, loosely is the ability to exchange something for cold hard cash quickly and cheaply.  George Bailey couldn’t just trade the loans for cold hard cash during that era.

Today, that isn’t quite the case. If that happened today, George could underwrite the mortgages to Fannie Mae’s standards and have something that he could trade to another bank for cash. The market for Fannie Mae loans is one of the most liquid in the world and allows American’s to borrow at rates as low as they are today! This is also because the liquidity allows other mortgage investors to painlessly invest in loans to American consumers. If you have a pension, or a life insurance policy, almost assuredly some of those funds are invested in mortgages. Anyone who has cash and wants to invest it in American mortgages can do so, and they even include international financial institutions.

That brings us to the main reason mortgage rates are so low today. The American economy and financial markets are much more stable compared to those internationally. In Japan, and Europe, interest rates are even lower than they are here, so money has been flowing from their banks and financial institutions into American’s mortgages.